Fundamentals are no longer driving currencies

Markets' recovery has been just as impressive, fast and unexpected as the frightening corona-induced market crash. The fact that it has largely been provoked by record high fiscal and monetary-aid packages has not at first appeared to bother investors much. Instead many observers are questioning to what degree the massive central-bank interventions is affecting the performance of different asset classes. How important could a market segment in which a central bank is buying be?

As our Chart of the Week shows, the correlation between the yen/Australian dollar exchange rate on the one hand and the risk premium of Euro-denominated corporate bonds on the other has been very obvious since the outbreak of the crisis. Other asset classes, not least equities, have also reflected this: even if central banks intervene selectively in targeted segments, their interventions ultimately radiate across all asset classes.

However, it is questionable whether this strong correlation will persist should the economic recovery lose momentum, despite the expansionary monetary policies of the central banks. Stefanie Holtze-Jen, DWS foreign exchange strategist, notes that currency pairs have detached themselves from fundamentals in a way rarely seen before. "Due to the near-zero interest-rate policy of almost all major central banks, interest-rate differentials have ceased to be a driver of exchange rates for the time being. Risk sentiment has therefore become the chief driver. In our view the yen is currently functioning well as an indicator of investors' risk appetite, especially against the Australian dollar. In other words: on days when risk assets are weak, the yen remains a good choice. 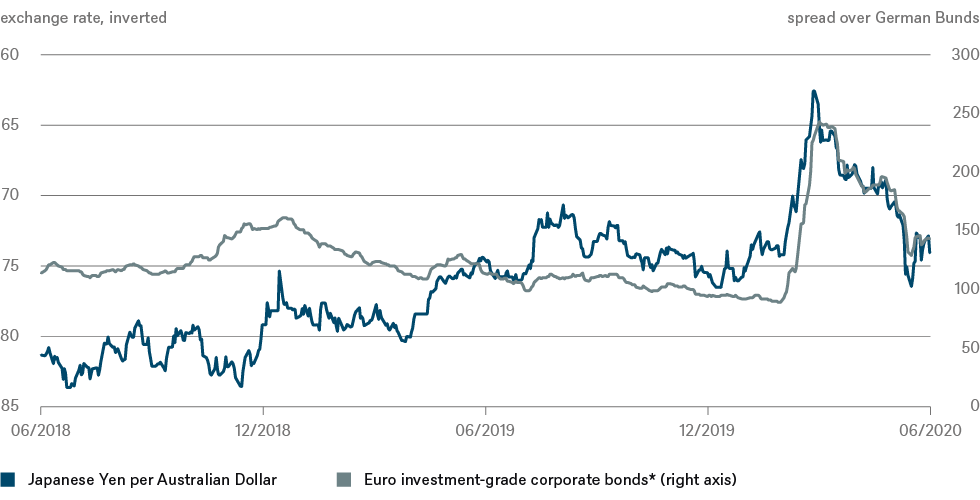 New businesses have been mushrooming in the United States since the start of the pandemic. That could have big implications.
Jul 28, 2021 Commodities

Living beyond our means

There are several ways to express that humans are living way beyond Earth's means. The bill has arrived and will keep on coming.
See all articles