The lockdown measures taken by states to stem the spread of the coronavirus have triggered the worst recession in post-war history. To support workers who are unable to work and companies who are unable to trade and to prevent the economy from sliding out of a severe but "normal" recession into the downward spiral of depression, fiscal packages worth billions are currently being passed around the world (Fig. 1). These packages are undoubtedly unavoidable in the current desperate situation. But there should be no doubt that they will have serious side effects in the long term.

Fig. 1: This is going to be expensive - Announced fiscal measures of selected countries 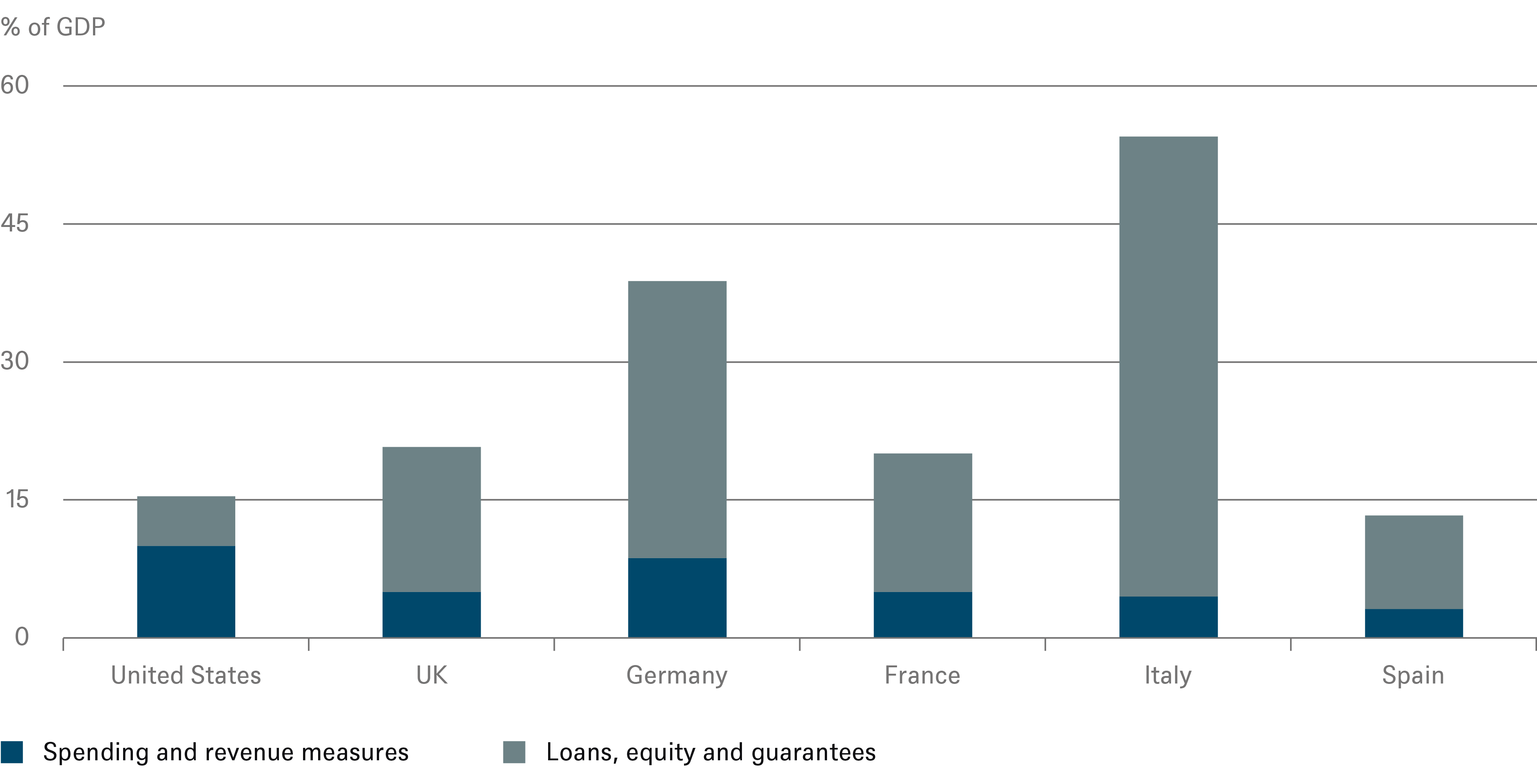 Sources: IMF, DWS Investment GmbH as of May 2020

Fiscal measures can be divided into programs that have a direct impact on expenditure or revenue, such as tax relief or direct grants, and those that have only a potential for expenditure, such as loans, guarantees[1] or equity. The United States appears to favor direct support, while Europe is increasingly focusing on indirect measures such as loans and guarantees. In both cases, however, the volumes are rising to levels never before reached. Even the huge rescue packages from the times of the 2007-8 financial crisis are dwarfed by what is currently being launched. Will this work out well? To answer this question, we will address the following topics: Clich here to read the full article.

1. Promise by a third party to provide payment on a liability in the event of default.

This information is subject to change at any time, based upon economic, market and other considerations and should not be construed as a recommendation. Past performance is not indicative of future returns. Forecasts are based on assumptions, estimates, opinions and hypothetical models that may prove to be incorrect.
DWS Investment GmbH as of 6/4/20
CRC 076434 (06/2020)