Chart of the Week

Emerging markets have been in the headlines lately. After performing strongly for quite a while, markets all of a sudden started to focus on risks again. Elke Speidel-Walz, Chief Economist Emerging Markets at DWS, is not concerned for the overall asset class. In particular, she points at the development in current account balances: Only two of the 20 most important Emerging Market countries run a current account deficit of more than 3% of GDP , as our "Chart of the Week" demonstrates. It is probably not a coincidence that precisely these two countries, Turkey and Argentina, find themselves under pressure, facing a depreciating currency, which in turn forces the central bank to hike rates substantially. Other countries, with sound current account balances, should manage to withstand external headwinds relatively well. 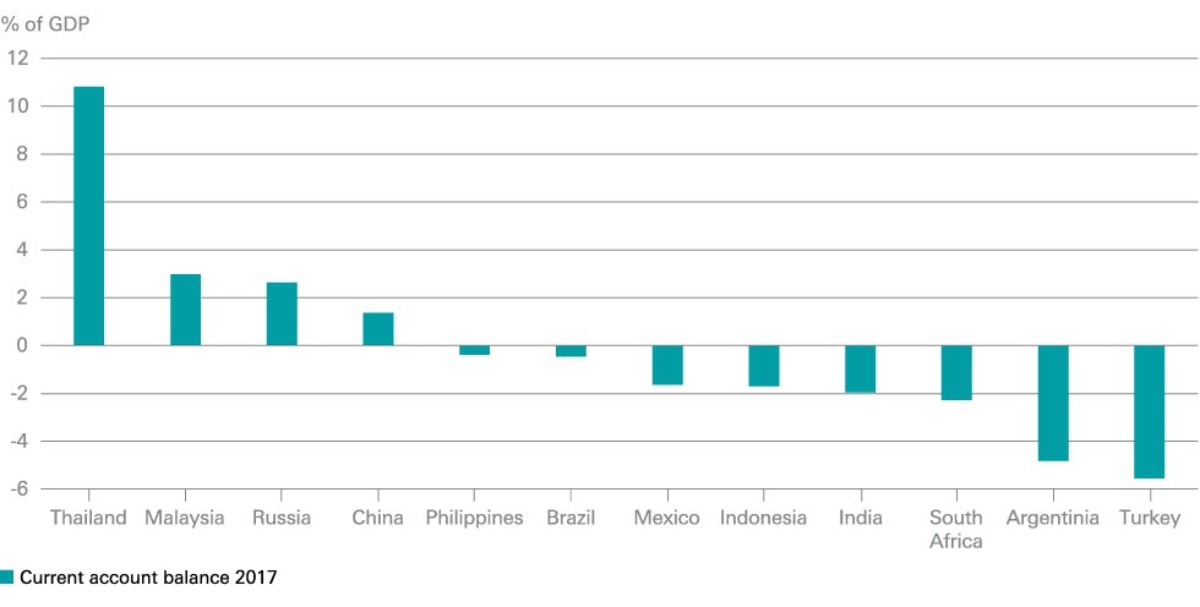