It has been about five months since the novel coronavirus began to spread beyond China. Throughout the month of February, the risk of a global pandemic continued to rise, along with the risk of economically damaging lockdown measures of the sort first seen in China. Initially, Western financial markets barely reacted. Towards the end of February, however, complacency suddenly turned into panic. The prospect of a recession deeper than any experienced since World War II, caused stock prices to fall and risk premia for risky assets to skyrocket. This market reaction, in turn, raised concerns that the pandemic would be accompanied not just by a recession but by a full-blown financial crisis. Fears of a so-called credit crunch, i.e. a shortage of credit supply in the economy, were particularly rampant in the Eurozone, with its 80% bank-based financing system.

That risk appears to have been averted for the time being. In industrialized countries, bold interventions of both fiscal and monetary policy have ensured sufficient credit in the Eurozone. In addition to a positive development in the financial markets since mid-March, this can also be seen in the lending to the European non-financial corporate sector, as our "Chart of the Week" shows. Ulrike Kastens, economist at DWS, points out that credit growth has increased substantially in all major Eurozone countries. This reflects not just measures taken by the European Central Bank (ECB), but also generous loan guarantees granted by the states. In the current crisis, these help small companies in particular to obtain urgently needed liquidity. This in turn helps companies survive the crisis and prevents an increase in unemployment caused by bankruptcies.

Critics complain, among other things, that such loans can artificially keep structurally weak companies alive. Concerns of this sort highlight the need to reverse emergency support, if and when the situation returns to normal. We expect a normalization to continue in the short term, not least thanks to the crisis response so far. It is always possible to nitpick some of the measures. Compared to the Eurozone's hesitant approach during the financial crisis, however, current policies appear to have worked quite well in averting a credit crunch. 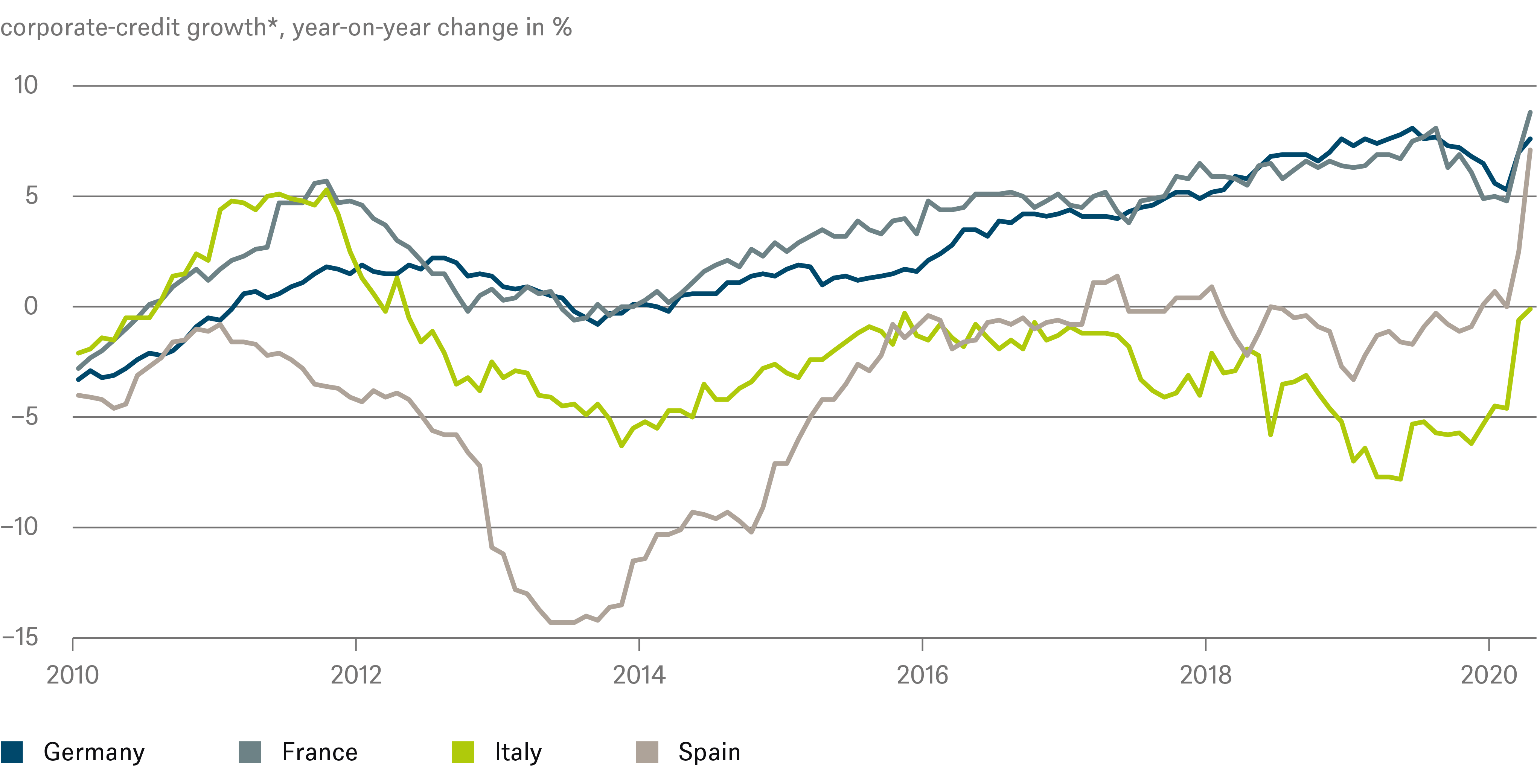 The vaccines were the breakthrough. Now a year beckons in which central banks are likely to keep interest rates low even as economies recover.
Nov 27, 2020 Renten

The case for credit remains strong

A lot has changed, but readers familiar with our previous annual outlook might experience a strange sense of déjà vu.
Nov 19, 2020 Forecasts

All forecasts at a glance
Nov 19, 2020 Letter to Investors

As the year draws to a close, 2020’s big risks start to look less bad, allowing investors to meet 2021 with optimism. We believe low interest rates will remain key.
Nov 13, 2020

Given the current increase in Treasury yields, we think investors can probably log in the gap between German Bunds and euro-hedged U.S. Treasury yields for quite a while.
Nov 10, 2020 Equities

The U.S. elections and a Covid-19 vaccine breakthrough have provoked an upheaval in capital markets. Euphoria prevails, with foreseeable pitfalls.
Nov 06, 2020 Macro

The stock-market rollercoaster could continue in November, depending on the evolution of Covid-19 and precisely what emerges from the hard-fought U.S. election.
See all articles